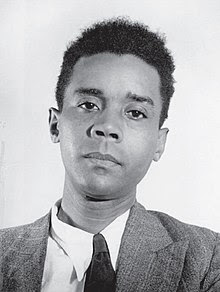 Transcribed & marked up by Einde O’Callaghan for MIA.

The FEPC is being kicked around again. Under pressure from the Negro people and the liberal press, Roosevelt has finally said that Executive Order 9346 was mandatory and was not, just a “directive” against discrimination. But at the same time he sends it back to Attorney-General Biddle for a ruling.

A few days before the President’s statement, his secretary, Stephen Early, prepared the ground by insisting that Roosevelt had known nothing in advance about Comptroller Warren’s ruling. We are made to understand that Roosevelt was so preoccupied with international affairs that enemies of the Negro people in the Administration were able to sabotage the FEPC behind his back.

The request for Warren to rule on Executive Order 9346 came from James Byrnes, Roosevelt’s second in command and director of War Mobilization. If the Kansas Telephone Co. did not want to sign the contract with its anti-discrimination clause, then Byrnes was perfectly able to understand that it was a violation of the order. But nothing legal could be done, he claimed. The violation, however, was clear.

If Byrnes wanted to be quite sure, he could have asked FDR to define his own use of the word “shall” in the order. Instead, Byrnes went to Warren. Warren is notorious in Washington circles and throughout the country for his campaign and ruling against serving Negro congressmen in the House restaurant when he was chairman of the House Accounts Committee. Byrnes is no fool. He knew what to expect from Warren.

As soon as the protests from the Negroes, Iabor and the liberals began to be heard, we got more of the by-play and buck-passing which has characterized the Administration in its dealings with both the Negroes and labor. Roosevelt asks Biddle to interpret the word “shall.” Thus Biddle is given a chance to redeem himself for the scandal provoked when he proposed that Negroes be excluded from industrial areas.

Southerners on the March

The significance of all these maneuvers is unmistakable. The reactionary pressure of the Southern Bourbons impels retreats by the Administration from its professions of anti-discrimination. Warren’s ruling was a trial balloon by a part of the Administration, especially the Southern Bourbons, to test how far they could get. This time the balloon collapsed because of the ferment which was created among the people.

Despite the bravos and acclaim that the Negro press and the liberals will make about Roosevelt’s statement, the situation has not advanced a step from where it was before Warren’s ruling. The FEPC remains a powerless committee and because of that it fools some of the Negro people into believing that something will be done for them through it.

Before Father Haas resigned from the chairmanship of the FEPC he made it clear that there would be no prosecution of those who continued their discriminatory practices against the Negroes. In other words, Haas did in fact what Warren tried to make into law. The thing to remember is that the tendency to reaction in the Roosevelt Administration is so strong that even this toothless act was considered a danger.

Organized labor can look and learn. We cannot leave these questions solely to the government. We must have our own committees to fight the battle against discrimination.

Posted by Michigan Emergency Committee Against War & Injustice at 3:33 PM