Black August and the Legacy of Liberation Struggles 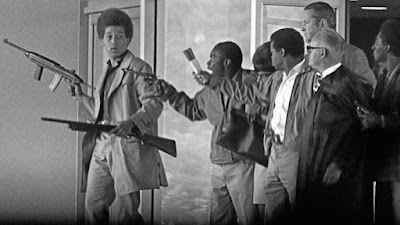 Since 1979 when prisoners at the San Quentin Correctional Facility in California declared the month of August as a period of commemoration honoring political detainees along with those who have sacrificed their well-being and lives in the movement for African emancipation, this holiday has grown in recognition and participation.

For decades the United States government has denied the existence of political prisoners while the entire criminal justice system has grown exponentially.

Looking back even further, the centuries-long enslavement of African people has never been officially acknowledged by the U.S. capitalist state as a crime against humanity. Not even one president out of those elected since the demise of legalized slavery in 1865 has officially apologized for the pain and suffering endured by African people between 1619 to the Civil War.

After the period of enslavement there were attempts to reconstruct a democratic dispensation. However, the overthrow of Federal Reconstruction between 1877 extending to the conclusion of the century which included the passage of Civil Rights Acts and three amendments to the Constitution (13th, 14th and 15th) that specifically addressed the emancipation and the granting of “citizenship rights” to African Americans, set the stage for the criminalization of an entire people.

Resistance to national oppression has always prompted an expansion of the prison system in the U.S. In the South, facilities such as Angola in Louisiana and Parchman in Mississippi were structured in a manner quite similar to plantations. African Americans have been routinely framed for crimes in which they did not commit in order to send them to penitentiaries where they work for slave wages under dangerous and highly exploitative conditions.

During the era of African enslavement there were prisons which held captured runaways from the plantation system. Plantation owners and enslavers would often place ads in newspapers during the antebellum period seeking information on Africans who had escaped their masters. The detention facilities would charge the slave owners for holding the African people and costs were levied for beatings and other forms of purported discipline.

Black August and the Struggle Against Mass Incarceration

With specific reference to Black August after its founding in 1979, an article in Teen Vogue says of its history that:

“As Dan Berger explained in an essay for Dissent, Black August remains a 31-day period for us to advocate for Black political prisoners, study Black political thinkers, and reflect on the history of Black struggle against white supremacy and state repression. The history of Black August shows us that the current targeting of protesters via carceral, shadowy methods is not new. Black organizers have long sounded the alarm about and resisted government surveillance programs like the FBI’s COINTELPRO, which worked to dismantle leftist movements. Many Black political leaders ended up imprisoned or dead as a result of the notorious covert operation. Black August calls on us to commit, even in the face of authoritarianism, to continued struggle against all forms of oppression and violence that impact Black people today.”

This same article continues by reflecting on a number of historical events which have occurred in the month of August over a period of several centuries:

“A plethora of important moments related to the struggle for Black freedom occurred in August: the beginning of the Haitian Revolution in 1791, the 2014 Ferguson uprising, the landing of enslaved Africans stolen from present-day Angola at the Jamestown settler colony in 1619, the 1963 March on Washington, the 1831 slave insurrection led by Nat Turner, and the 1965 Watts rebellion, to name a few. Joan Little, a Black woman who was charged with first-degree murder after she defended herself against sexual assault by a white prison guard, was acquitted and freed in August 1975. Brilliant Black activists and leaders like Anna Julia Cooper, James Baldwin, Marcus Garvey, Marsha P. Johnson, and Fred Hampton were all born in August. The month marks the passing of prolific Black writers and political thinkers like W.E.B. DuBois and Toni Morrison. Jonathan P. Jackson, the 17-year-old younger brother of George Jackson, was killed in August 1970 as he attempted to free his older brother and two other Black prisoners. This August also marks six years (2020) since the police killing of Michael Brown.”

African American prison intellectual and organizer George Jackson, a co-founder of the Black Guerrilla Family and Field Marshal for the Black Panther Party, was assassinated on August 21, 1971, during a rebellion and attempted escape. Several white inmates and guards were killed in the incident. Jackson was shot to death by guards firing from a prison tower.

Jackson’s assassination sent shockwaves throughout the U.S. both within and without the prison system. Anger over his death sparked other prison rebellions, the most well-known being the uprising at Attica in New York state which erupted just weeks later. The then governor of New York, Nelson Rockefeller, ordered the prison retaken by the state police resulting in the deaths of 43 people including inmates and some guards held hostage for four days.

The writings of Jackson are still being read around the world. In later years, a film entitled “Black August” depicted the life, times and contributions of George L. Jackson.

U.S. Has the Highest Incarceration Rate in the World

Today in 2021, there has been a decline in the number of people held within jails, state and federal prisons in part as a result of the inmate releases due to the COVID-19 pandemic. There were huge outbreaks of coronavirus starting in the spring of 2020 in correctional institutions. The infections impacted the inmates along with the guards, visitors and administrators.

A report published by the Vera Institute of Justice based in New York City says of the present situation in the jails and prisons:

Many hope that this decline is the beginning of a trend towards lower rates of incarceration in the U.S. Nonetheless, the current economic crisis worsened by the pandemic has placed millions in deep financial distress. Large scale evictions are occurring after workers have lost their jobs or are prevented from being employed due to healthcare issues and problems related to the lack of affordable childcare. Schools and daycare centers were closed after the advent of the pandemic in the early months of 2020. These social conditions could easily lead to a renewed wave of criminalization and imprisonment particularly among Black and Brown peoples.

The prison population at its peak in 2008 represented an increase of 500% since the late 1960s, a period of mass resistance and urban rebellion. A government sponsored “war of drugs” beginning under the administration of President Richard M. Nixon was extended by subsequent U.S. leaders. Its impact resulted in higher incarceration rates for African Americans and people of Latin American descent. This disproportionate rate of incarceration among people of color is an aspect of the modern manifestations of national oppression and super-exploitation.

Political prisoners such as Mumia Abu-Jamal and Leonard Peltier have been locked up for decades without cause being accused of crimes and then railroaded through the courts solely based upon their activism. Repeated demands for their releases have not resulted in freedom.

Moreover, the purported labor shortages within the U.S. capitalist system stemming from the pandemic are being addressed by employers through prison labor. A recent article published by the Guardian emphasizes that prisoners on work release are being highly exploited in the industries of construction, waste management, production and food services.

The report in the Guardian written by Michael Sainato notes:

“Employers and industry groups have claimed labor shortages were stifling recovery from the Covid-19 pandemic, with the U.S. Chamber of Commerce and Republican governors blaming unemployment benefits. Some 26 states have canceled federal extended unemployment benefits early, though economists have noted the available jobs recovery data shows there is no economy-wide labor shortage. That hasn’t stopped employers and business groups from using perceived labor shortages as a pretext to seek out cheap labor sources; employers are hiring teenagers to fill open jobs, automating some job roles to avoid raising wages, lobbying Congress to double the cap on work immigration visas and expanding the use of prison labor.”

Therefore, cheap labor exploitation is integral to the continuation of the existing racist capitalist system. The problem of mass incarceration is linked to the struggle for Black liberation and the construction of a socialist economy.

Posted by Michigan Emergency Committee Against War & Injustice at 4:18 PM