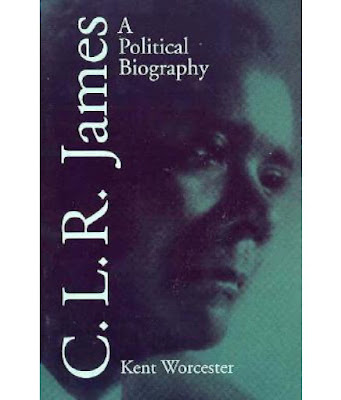 The farce of Roosevelt’s executive order has now gone into Act 2. Everybody is playing his part. First of all, the OPM, the Office of Production Management itself. The Pittsburgh Courier of July 19 reports that rumors are running all over Washington about Sidney Hillman’s plan to sabotage the Negro struggle. Hillman wants to load down the committee with “subservient labor leaders, stooges of national insignificance, who will smother investigations and stall on remedial measures, thus perpetuating the OPM’s ‘do-nothing’ policy on defense discrimination.” This is the rumor in Washington. We never needed rumors in Washington to know that this is exactly what is going on. It has happened for 74 years, since the Proclamation of Emancipation. Why should it stop suddenly because of an executive order?

Any School teacher will tell you that in training children the best way is to encourage them to do things and find out things for themselves. The wrong way is to do it for them or tell them everything. Socialism teaches that the working class is fully able to run society today. It needs, however, confidence in itself. This confidence it must gain in action. If the Negroes had carried through the march successfully, Roosevelt and the OPM would have been on the spot before the Negroes, before the whole [1] nation and before the whole world. That is why Roosevelt called on Eleanor, LaGuardia, Stimson, Knox, Hillman and Knudsen to help him break up the march. He wanted to kill the enthusiasm and morale of the Negroes. He wanted to substitute the old attitude of hanging around and waiting, of long investigations, of committees that talk much and do nothing, of making the Negro people think that the President is their friend, but the committees are slow. He wanted to give the Negroes the good old run-around. And now that Sidney Hillman starts doing exactly what the President intended him to do, the Courier rages about the high enthusiasm which the committee will destroy.

Here is an elementary lesson in politics. Roosevelt wants to keep the Negroes quiet. He mobilizes all the force he has at his command to prevent them from marching. Now who can believe Roosevelt and Hillman will appoint a committee which will fight for Negro rights? Can’t the Courier understand this? Roosevelt doesn’t want to start any struggle over the Negroes. For one thing, his chief support is in the South. The South does not want federal interference in its enslavement of the Negro. Roosevelt is the last man to start any serious action on behalf of the masses of Negroes. Even in the North and East Roosevelt’s chief aim is to keep the peace between the workers and the capitalists. He wants “order” and high production. You get “order” and high production today in one way only. By making the workers submit to the bosses. That is why Roosevelt broke the strike at North American with federal troops. How can this same Roosevelt be expected to start serious action against the capitalists about employing Negroes? He will take serious action to prevent the Negroes bothering him and the capitalist class. That action he has taken. It is the breaking up of the march, the fraud of the executive order, and now Hillman, Roosevelt’s stooge, is preparing this phony committee.

We want to restore the enthusiasm and the morale. But the Courier is looking for them in the wrong place. The place to look is among the Negroes. The way to create it is by independent organization among the Negroes. The slaves did not wait until the Civil War began. For a generation before, they were taking direct action – they were running away, in teh big organized movement of the Underground Railroad. Their independent action forced the issue. That is what we must do today. Force the issue by independent organization. The emancipation of the Negroes will be the act of the Negroes themselves, not of executive orders.

Posted by Michigan Emergency Committee Against War & Injustice at 1:39 PM