CLR James 1942 Letter on the Nature of the Russian Economy 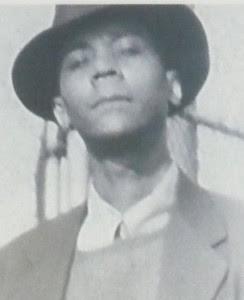 We are printing below a letter from J. R. Johnson which take issue with the interpretation of some aspects of Marxian economics as presented by Leon Trotsky in his essay, “Stalin as a Theoretician.” The letter is followed by the reply of Joseph Carter. It will appear that both writers deal with the question of Russian economy. This is unavoidable by the nature of the discussion, but it in no way reopens the pages of the NI to a discussion of the “Russian Question.” – Editor.

1. In the article,“Stalin as a Theoretician” (NEW INTERNATIONAL, November, 1941, page 282), Trotsky is translated as saying: “There is no contradiction here with the formulae of extended reproduction, which are in no way limited by national boundaries, and are not adapted either to national capitalism or, even less, to socialism in one country.”

Whatever construction Trotsky may have put on this sentence, as it stands it can give rise to a very profound error. The only formula in the chapter on “Reproduction on an Enlarged Scale” is the formula that I (v + s) must be greater than II c, if accumulation is to take place. I represents means of production and II means of consumption. Far from being “not adapted to national capitalism,” the formula is carefully adapted by Marx to precisely a national capitalism.

The point is not only of academic importance. (a) Some of the greatest controversies in Marxism have hinged upon it. (b) Without it the road is open to the most vulgar and vicious of all misunderstandings of Marxism, i.e., the workers cannot buy back the product and therefore the capitalist is compelled to seek markets abroad. (c) It is my view that there is no way of avoiding bourgeois conceptions of modern economic development except by recognizing that Marx’s theory of the reproduction and extension of the total social capital is strictly adapted to a national capitalism, excluding all foreign commerce.

2. I do not propose to take up here and now Trotsky’s application of this formula in an article written in 1930 about the dictatorship of the proletariat, against Stalin’s theoretical stupidities. The opportunities for confusion are too many. However, the question can be approached from another and more fruitful angle. Trotsky is very insistent that these formulae reveal the basic tendencies of capitalism and capitalism alone. This can only mean that the formula would not apply to the “bureaucratic collectivist” society of Russia.

I now assert that the formula, as posed and developed by Marx, not only applies to Russia of 1941, but both theoretically and concretely applies more closely to Russia than to any capitalism which existed in Marx’s day or has existed since. I reserve further comment until some adequate and authoritative statement is made (a) taking some position as to whether the formula applies or not, (b) giving some demonstration of the unfeasibility of the formula when applied to bureaucratic collectivism.

Posted by Michigan Emergency Committee Against War & Injustice at 2:01 PM